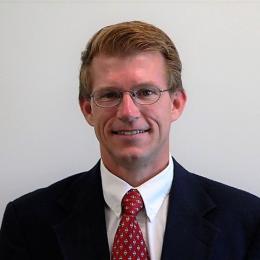 Learn from experienced leaders in physical security within the nuclear industry. This workshop will introduce students to the topic of physical and nuclear security, providing a comprehensive overview this multidisciplinary subject.

For a day, University of Tennessee students and faculty are given the opportunity to interact with hundreds of high school and community college students to spread the good news about UT's enginerring program. Due to the coronavirus, this event will be fully virtual, and you can learn more about registering UT's official website.
Be sure to check out the INMM booth!

Dr. Howard Hall joined the University of Tennessee in 2009 and serves a Professor in the Department of Nuclear Engineering and the Center For Interdisciplinary Research and Graduate Education. Professor Hall is also a Senior Fellow in Global Security Policy at the Howard H. Baker Jr. Center for Public Policy at the University of Tennessee (Knoxville), where he is Director of the Baker Center’s Global Security Programs. Professor Hall received his Ph.D. in Nuclear and Radiochemistry from the University of California, Berkeley, in 1989. His BS in Chemistry was granted by the College of Charleston in 1985. Prior to joining UT, Dr. Hall spent more than 20 years at Lawrence Livermore National Laboratory in Northern California, where he led major scientific and operational missions in nuclear and homeland security. During his tenure at LLNL, Dr. Hall led efforts supporting US Government programs in aviation safety and security, nuclear threat detection and nuclear emergency response, security of commerce, and specialized technology support to operational entities. In 2005, Dr. Hall was part of the team awarded the Department of Homeland Security/Science and Technology Directorate Undersecretary’s Award for Science. Professor Hall is a member of the American Nuclear Society, the American Physical Society, the American Chemical Society, the Institute of Nuclear Materials Management, and is a Fellow of the American Institute of Chemists. Dr. Hall's research falls under the Nuclear Security & Physical Protection technical division of INMM, as well as the Internatoinal Safeguards, and Nonproliferationa and Arms Control divisions.

A new $129 million facility is being built here at UTK to house the nuclear engineering department, engineering fundamentals, and a number of labs and faciities for research. Construction on the new complex is expected to end in 2021, with space for new labs, offices and student meeting spaces.

In 2018, the Tickle College of Engineering and the Department of Nuclear Engineering were proud to report the largest ever nuclear engineering graduating PhD class with a whopping 24 graduates. To add context to this number, 132 graduate students were enrolled, meaning just over 18% of the enrolled students graduated in the past year. Prior to this, Texas A&M had the largest graduating class with 22 back in 2014. This marks a significant success in UTK NE's goal to continue to uphold the legacy of one of the best Nuclear Engineering programs in the country!

In addition to being a mean bowler, Jason Hayward, UCOR Fellow, is an Associate Professor of Nuclear Engineering at the University of Tennessee. Hayward holds joint faculty appointments with Oak Ridge National Laboratory and the joint UTK-ORNL Bredesen Center for Interdisciplinary Research. He also serves as the Nuclear Engineering Graduate Program Chair and as the Deputy Executive Director for the Nuclear Science and Security Consortium. Hayward is the recipient of a DOE Science CAREER award. ASEE has also recognized him with a New Faculty Research Award and as a ‘faculty under forty’ highlight. At UTK, he’s the recipient of a University Citation for Professional Promise in Research and Creative Achievement and a four time recipient of research awards in the College of Engineering. Hayward is an IEEE Senior Member and an Associate Editor for IEEE Transactions on Nuclear Science. He holds a PhD in Nuclear Engineering and Radiological Sciences from the University of Michigan. Prior to his time in academia, Hayward served as a U.S. Naval Officer for eight years. Dr. Hayward's research falls under the Nuclear Security & Physical Protection technical division of INMM

Keep up with INMM @ UTK

Keep up to date with all the interesting things happening here that pertain to the student chapter of INMM! If there is something you'd like to see us cover, send an email to inmm@utk.edu and we'll do our best!